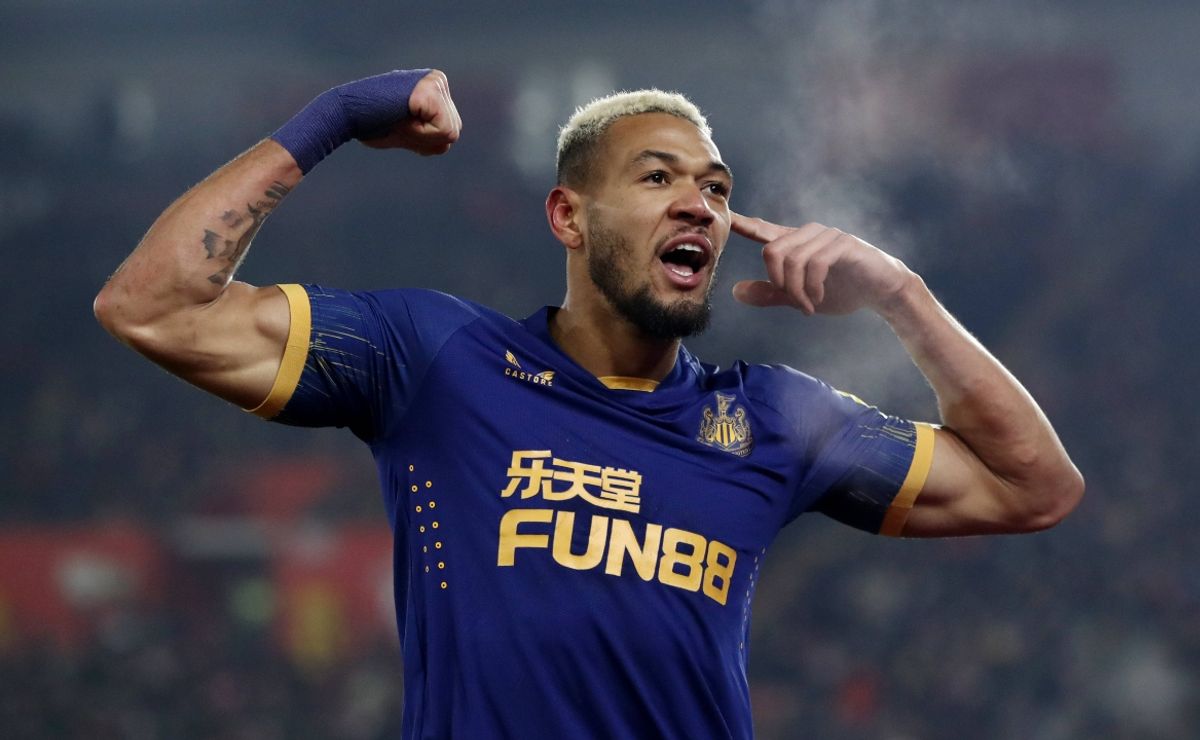 Newcastle defeated Southampton in the Carabao Cup semi-final first leg. It was a heated match with 8 yellow cards including 1 player sent off. In the end, Magpie midfielder Joelinton scored the winner, giving him the advantage in a two-legged tie.

The match was between two historic English clubs going in dramatically different directions. Newcastle have lost just two of his 26 games so far this season. The Magpies currently sit third in the Premier League ahead of teams such as Manchester United, Liverpool and Chelsea.

Southampton are bottom of the league. South Coast His club has lost seven of his fixtures in his last eight top flights and will be battling to stay in the Premier League beyond this season. Despite struggling in the league, the Saints haven’t lost a single game in his five out-of-league games this season entering Tuesday.

Newcastle goal in handball ruled out

Joelinton thought he had the visitors ahead late in the first half. The versatile Brazilian rebounded his shot and calmly slammed the ball into the net. However, match umpire Stuart Atwell immediately disallowed the goal because Joelinton controlled the ball with his arm. Replays showed that it was probably the right decision. The ball appeared to hit the arm and chest of a Newcastle player.

A few minutes later there was a violent clash between Nick Pope and Moussa Djenepo. The Newcastle goalkeeper ran out of his area for a penalty and scored a header outside the box. He won a header, but also smashed Djenepo in the process. Due to the incident, the Southampton winger had to be substituted before the half-time break.

Joelinton finally gave Newcastle the lead in the 73rd minute thanks to a perfect pass from substitute Alexander Isak. The Swede made a beautiful run into Southampton’s box and matched the ball to Joelinton who was closing in on him. The goal came just 20 minutes after the Brazilian missed the sitter in front of goal.

Southampton thought they had leveled the scoreline after just two minutes. Adam Armstrong, who came on for the injured Djenepo, crammed the ball deep into the goal net after some confusion in the box. The goal initially stood, but VAR eventually ruled it out due to a handball by the goalscorer.

The hosts’ chances of a comeback were essentially crushed when centre-back Duje Caleta Carr was sent off for a second yellow card in the closing stages of the match.

Both violations were caused by a Magpie player dribbling in an attempt to pass towards goal. Newcastle eventually won the game, with St James Park winning 1–0. The reverse fixture will take place on his January 31st.